Names of Birds That Live In Trees

Names of Birds That Live In Trees

This bird is a little on the large side, around thirteen inches long. And has a white backend with a barred back, spotted breast, and bright yellow on the wings.

Both males and females have a red crescent moon shape on the back of their heads. And the male has a black mustache type marking on his cheek. The Northern Flicker is unlike other woodpeckers. As this one can usually be found rummaging around on the ground for food.

These woodpeckers will stick their bills in an anthill and then use its tongue to pull out ants. They also eat fruits, peanuts, seeds, sunflowers bits, and fat.

Flickers build a new nest almost every single year. And in doing so it helps other nesting birds as they will use a Flicker’s old nest. The female will lay about ten eggs and both male and female have an eleven-day incubation period.

Once the babies are born they remain in the nest for about twenty-five days.

The Flicker can communicate by drumming on the surface of a tree or even a pole. It makes three different sounds. A dull, tedious song of “wickwickwick”, will do a short session of “Pickwick” and a single one-note call that sounds like “Kleer”

The Flicker can be found pretty much anywhere that has a wooded habitat. They prefer woodland edges and open woods the most. Southern Flickers do not migrate but northern Flickers will fly south for the wintertime.

Pileated Woodpeckers, both male and female, have a red crest and are the largest woodpeckers in North America. The male has a scarlet forehead while the female has a brown colored forehead. They have white under their wings but their overall color is dark charcoal-gray.

When feeding these woodpeckers often sound like a person swinging an ax instead of a woodpecker pecking a tree. They prefer ants and beetle larvae but also will eat small fruit.

The male and female of this type of woodpecker are known to mate for life and are always together. Females will lay four eggs and both males and females will incubate them.

It takes about sixteen days for the eggs to hatch. And the babies will stay in the nest for about a month. At which time the parents will then teach them how to go out and find food.

These big woodpeckers are extremely vocal. Their calls actually sound like laughter that makes the sound of “yik yik yik”. This sound will fade off as the bird is finishing its call.

These birds prefer to live in an older forest with dead trees that are still standing and near water. It uses its bill to bore out a cavity. In autumn you can sometimes find them in yards eating fruit, dogwood, sumac, and other things.

This beautiful woodpecker is known as the most recognized woodpecker in the United States. These birds are about nine inches long, have chisel bills.

And have black and white zebra stripes on their back and it has a red or pink splash on their stomach. Males have a solid red stripe from the top of their head to the nape of their neck.

Females have red necks but the top of their heads is a shade of brown. Both males and females tend to keep their bellies hidden.

This woodpecker uses its bill like a chisel and has a barbed tongue that helps to dig insects out of trees. From a bird feeder, the redbelly really loves food like cracked corn, peanuts, fat, and sunflower seeds.

The male courts the female by rapidly hitting his bill on a branch that gets her attention. Both of them will dig to make the nest. The cavity that they dig will be perfect for the four eggs she will lay.

Nesting will be about twelve days and both parents share in feeding the babies. This lasts for about a month. Then the babies will find a place close to the nest to stay. While the parents continue to feed them for a few more weeks.

Redbellies have a very loud call that has a “qurrr” sound. But the longer call sounds more like “chrr chrr chrr” and has more of a rattle to it.

These birds can be found in the eastern parts of the United States year-round as they do not migrate.

This woodpecker is a favorite of so many bird watchers and is so easy to recognize. The contrast between the white, black, and red are eye-catching. The red part on a mature redhead is the entire hood.

The breast, belly, and under the wings are white and the black is on the back.

Red-headed woodpeckers are mainly fond of beechnuts, and acorns. But will also eat flies, fruits, eggs, mice, corn, and smaller birds. And grasshoppers but from a bird feeder. They are partial to peanuts, cracked corn and sunflower seeds.

These woodpeckers like to make their nests in dead trees and will also use wooden poles if necessary. The female usually lays five eggs. Male and female both share in the duties of incubation.

Which usually takes about fourteen days. The babies spend three weeks in the nest before leaving.

The call of a redhead is more of a “queerp” sound and in a fight, they will make a “chrr” sound.

Redheads live primarily in the eastern United States. They love beeches and older oaks, dead trees at the bottom of a flooded river. And ponds that beavers live in.

This sapsucker is about eight inches in length. Mature ones have a bright red crown. And the males have a red spot on their throat that has a black line around it.

A female sports a beautiful white throat. They have black and white over their wings, back, and tail with yellow on their belly. The young ones are more of a brown shade.

The males dig out a cavity in a temporary tree. And a female will lay about six eggs. Both will share in the fourteen-day incubation time. After about a month of care. The young will have their feathers to fly. But the parents will continue to feed them and teach them to fend for themselves for another week or so.

Sapsuckers are very vocal during the spring breeding time but quiet during the wintertime. They make sounds almost like a cat, “meeyaah”.

Sapsuckers prefer maple, fruit, and aspen trees due to their sap. They will usually breed in the northern United States and Canada. Migrating southeast for the winter.

This bird is named for its long feathers that look like hair located on its back. It looks just like a bigger type of downy bird except the hairy woodpecker has a longer bill.

These birds are about nine inches in length with a sturdy bill shaped like a chisel. The females have white bellies with a white stripe on their back, and white and black on their wings and face. Males have a red spot on the back of their heads.

The hairy woodpecker likes to eat insects such as spiders, beetles, ants, moth larvae, nuts, seeds, and fruits. From a bird feeder, they like cracked corn, suet, sunflower seeds, and peanuts.

These birds like to make their nest in a dead branch or trunk of a tree. The female lays four eggs, and both share the duties of the fourteen-day incubation time. Within a month the little ones are ready to fly but the parents will continue to care for them for a couple of weeks longer.

The hairy woodpeckers have a very sharp call, “peek”, is their sound, and they have a low rattle.

These birds live all year long in North America. Pretty much wherever there are large trees. It doesn’t matter if it’s in someone’s backyard, the woods, or a park.

This is the smallest of the woodpeckers. It doesn’t even reach seven inches in length. It looks just like a hairy woodpecker. Red spot on the back of its head.

It’s just smaller with a shorter bill. It has an all-white belly and breast, and the tail and wings are black with white spots.

Downy woodpeckers dig a new nest cavity every year, usually in a tree trunk that is already dying. The female will have about five eggs and both parents take care of the incubating duties. The new babies are born about twelve days later and are fed by both parents for about twenty-one days.

A downy makes rattling whines and a sharp noise that sounds like “pik” when they are rummaging for food.

A downy woodpecker is just as comfortable in a backyard as they are in the woods in North America. As long as there are trees. They love bird feeders, so backyards are perfect for them.

A downy needs dead trees in the woods to be able to feed and nest. But with their size, they are always in competition with bigger nesting birds for their cavities. 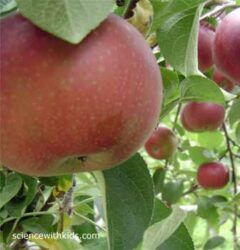