Protect Trees From Cicadas? What Month Do Cicadas Come Out? Cicadas are some amazing critters! Underground for seventeen years.

Living underground for seventeen years at a time. Millions of them coming up at the same time.

These wonderful insects will usually appear during the summer months. 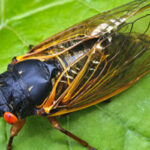 Usually, they come out in June, July, and August.

This year West Virginia, Virginia and North Carolina will be hearing the loud noise from the cicadas.

Cicadas have a completely unique way of life.

With over 3000 types of this insect, some come back year after year.

While other species of the cicada stay underground for many years.

Most of the time spent underground is with it growing and developing.

But, what they do while they are underground all of those years is still unknown.

This year’s swarm of cicadas is being dubbed as Brood IX.

Around one and a half million per acre of cicadas will surface at the same time out of the three states mentioned.

How to Protect Trees From Cicadas?

Cicadas are not dangerous to humans although the females can be a danger to trees when they are laying their eggs.

Females use what is called a ovipositor, which is a sharp tool, to plant their eggs into branches of trees.

After birth, the babies will drop to the ground and start digging to hide underground and feed on the plants’ roots.

Them feeding is harmless to a tree but when the females plant the eggs.

It can ause harm to the branches, causing splits and the branches can wither in the tree.

The females can actually stunt a tree’s growth and even kill the tree.

Why Do Cicadas Make So Much Noise?

This is the noise they make for their mating call when trying to get the attention of a female.

When it’s done with a large pack of the insects, it can be pretty disturbing.

How Long Will Cicadas Swarm The Area?

Each time these periodic cicadas swarm it takes four – to – six weeks before they die off.

Once they do die off.

The female’s eggs have already been implanted in the tree so the babies when hatched.

They will go underground to develop and years from now they will make their appearance and the cycle will start all over again.

How to Protect Trees From Cicadas? Description of Cicadas

There are so many different cicada species.

They all vary in their size from three quarters of an inch – to – a little over two inches long.

Some cicadas are brown, some green, and some black. Their eyes can be blue, white, or red.

The wings are see – through (transparent). The veins on some of their wings make a “W” shape.

Cicadas’ lifespan will depend on whether they emerge periodically or every year.

Periodical cicadas live longer than the one who emerges every year.

Although there are many species of cicadas, there are only two different types.

When periodical ones emerge, there is usually over a million in a small area and they all emerge at the same time.

This is called a brood. They are classified with Roman numerals and there are thirty broods in all.

The young ones, called nymphs, will eat the liquid from the roots while the molting ones eat the twigs. Adult cicadas do not feed at all.

How Do Cicadas Know When To Emerge From Underground?

According to the National Oceanic & Atmospheric Admin, it is believed that it’s due to the temperature of the ground.

When it reaches sixty – four degrees at eight inches deep then the babies know it’s time to come out.

Once they are above ground, their wings grow in and look white.

As they grow, their shells get harder and turn darker.

In about four – to – six weeks they are ready to mate.

Females can lay up to around twenty eggs at a time.

These eggs will hatch within ten days at the most.

Then the cycle begins again.

How to Protect Trees From Cicadas?

Cicadas might look a bit scary, but they do not bite or sting.

A cicadas’ mating call can be heard up to a mile away.

Each species of cicada has a different song.

Although the noise coming from a cicada can be annoying.

Some people actually love listening to them.

People have different reactions when seeing one for the first time.

They do look kind of scary, but they will not harm you.

Considering some of them only show up every seventeen years, if you have the chance to see and hear them, enjoy it! 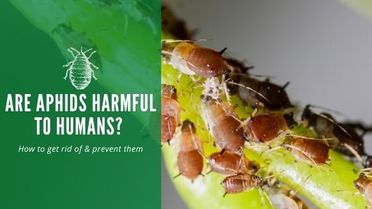