Best Time To Prune Boxwoods. Boxwoods are actually quite a robust shrub, capable of being pruned anytime year round.

Without any real risk of damaging your shrub too much.

However, the best time to prune boxwoods to guarantee plant health is in the spring.

Just prior to any new growth beginning.

This can be the most delicate time for the shrub.

And might increase the likelihood of them being damaged.

Make sure that you make the most of the nicer weather to encourage the boxwoods growth.

Late fall would be running the risk of being too late in the year.

Because of the risk of frost over the winter months potentially harming the new growth.

As with pruning any plant, the age of the boxwood shrubs should be taken into account.

The younger boxwoods tend to benefit more from frequent sheering or pruning.

This can be done best with garden shears or an electric hedge trimmer.

Once mature, and properly shaped in the early years, boxwoods do not require such regular pruning.

It’s best to look out for any signs of disease or damage in the older boxwood shrubs.

Remaining vigilant to this can mean that you are able to better treat it ahead of time.

Before the problem gets any worse.

If necessary, this might need to be done in stages.

Because too much pruning when the boxwood shrubs are weakened by disease can result in death.

You’ll be able to know what’s best for your specific boxwood though.

As a rule, one or two diseased or dying limbs being removed won’t be a problem.

anything more though, and you might need to consider staged pruning.

Be careful with younger boxwood shrubs too.

Too much pruning in the boxwood shrubs early years can lead to a dense growth.

That leads to inner branches being less exposed to direct sunlight and therefore more likely to die.

Just be mindful of how often you have pruned your boxwood shrubs.

If there’s more than one gardener in the household, make sure you keep each other informed.

Boxwood shrubs grow best when all of its branches are exposed to sunlight.

An extra tip that you might find useful, is that boxwood shrubs are excellent topiaries.

Meaning they can be shaped into almost anything.

If you want to try out some sculpting with shrubbery.

Then the boxwood is one of the best options out there.

Put in enough work in the plants early years.

You might even be able to create a sculpting masterpiece that stands quite tall.

So remember, early spring is best for pruning the boxwood.

Make sure to be careful about how much you prune it.

But make sure you don’t over do it either, and your boxwood shrubs will be looking great for years to come! 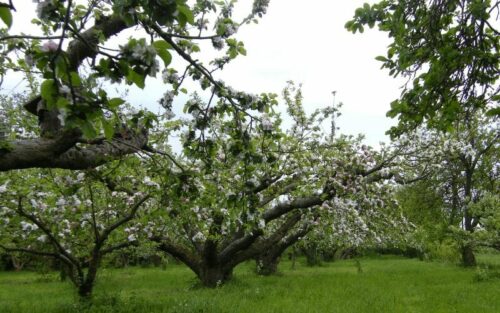